I haven't run since December 15th (when I vomited while on the treadmill - but still finished the run!).

I have been alternately tired, sick, or generally BLAH.

I do know what is wrong with me though: 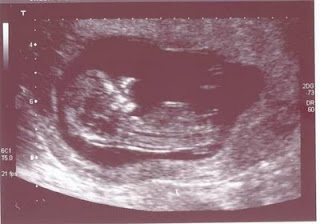 I'm about 15 weeks along and starting to come out of the fog!

Plans! Well, plans include trying to get out for jogs or fast walks in the next few weeks. I have been going to Curves about once a week, but that's a quite recent addition (I've caught every single sickness I could have and lost 5lbs between months two and three!).

The goal is NOT to end up at 193+ lbs (I never got weighted after 38 weeks last time) this time and to successfully have a VBAC, so exercise will be important.

Sigh, I miss running. I hope to get back to something like it and soon.