Ahh training week nine. The first 90% week. The first week with intervals. The first real race of the season.

Did I mention that the Polar Vortex was sticking around? I'm amazed that I got it all in!!!

Monday January 20: First run back from vacation and I slogged through in the cold yet again. It was a slower run, but at least I got the planned distance in. I was helped by the fact that the sidewalks were mainly clear. 10k, 1:00:01

Tuesday January 21: My very first interval session of the cycle. I missed the 3x1000 session when I was on the cruise. The plan called for 5x1000 at 4:26/km (7:08/mi) with 3 minutes active rest. I was NEVER, EVER able to nail this workout in the summer. I didn't bother attempt this outside, instead I headed to the gym to bang this out on the treadmill with a cheat sheet so that I didn't have to do any math at all. I decided to change the rests into 500m and allowed myself to slow down as much as I needed (walk) during the period of rest. With the exception of stepping off twice in the last interval for seconds to drink, I nailed this workout! 14k, 1:18:48

I hate that gym treadmills go into cool down mode after an hour. I get why it happens, but hate it. Do you know how much those last 1.94 miles sucked? Also compression socks + 0415 = difficult.

Wednesday January 22: I had to travel to Windsor for a funeral and I got home by 5pm. After six plus hours in the car plus an emotional day, I needed a run and I needed a quick one. The plan called for 8k and I did it. 44:03.

Thursday January 23: I wanted to get a double in so that I could get my LSD run in on Friday night and then take Saturday as a rest day pre Sunday race. So, a slow reverse route of Wednesday's run before work. 8.01k, 49:52. After work, I headed right to the Running Room and listened to a chat about the WALL and how to avoid it. Then we all hit the polar vortex to run the 8k as planned. I started with the lead group, but around 5k in I had to lag back and even walk a bit. I was just tired after 20k in 24 hours. Due to stop lights, I eventually caught the group again and finished within 10 seconds of them. 8k, 47:59

Friday January 24: I didn't want another run in the cold. I wanted a drink. So I opened a bottle of white and forewent my run.

I know! I can't believe it either. This run was really helped by Cosmo TV. Sex in the City and Dirty Sexy Money kept me more than entertained. I have no idea why Dirty Sexy Money was cancelled.

Sunday January 26: The 35th annual Robbie Burns race. Report to follow. Despite not racing, I managed a 5 second personal best. I also was able to break out my custom shirt. 8.05k, 42:21

And I was a Scottish-Canadian Ninja!

And of course, I was a #runnerd! Thanks to Emma for the photo!

So, my biggest week ever and it went really well! The best part? I get to do it all again this week! WooHoo!?

Sorry, a little slow on the posting of this one, but you'll forgive me when you see why.

Monday January 6th: I didn't want to run. No way. I sucked it up and got it done though via the treadmill at lunchtime.
8k, 46:59

Wednesday January 8th: I have no idea why I didn't get my run in. The plan was for another 10k.

Thursday January 9th: My first official day of vacation after a grueling 5 days back at work. LOL. As we were flying out on Friday morning, I took the day off in part so that I could get my long run in. The conditions were a bit brutal and I started out with my YakTrax. I got rid of them at 11.26km and risked the road from then on just to be able to run on smooth surface. The good news is that this was a late morning run, so the sun was shining and it made it feel way warmer. I sure sweated enough. 20k, 1:59:40 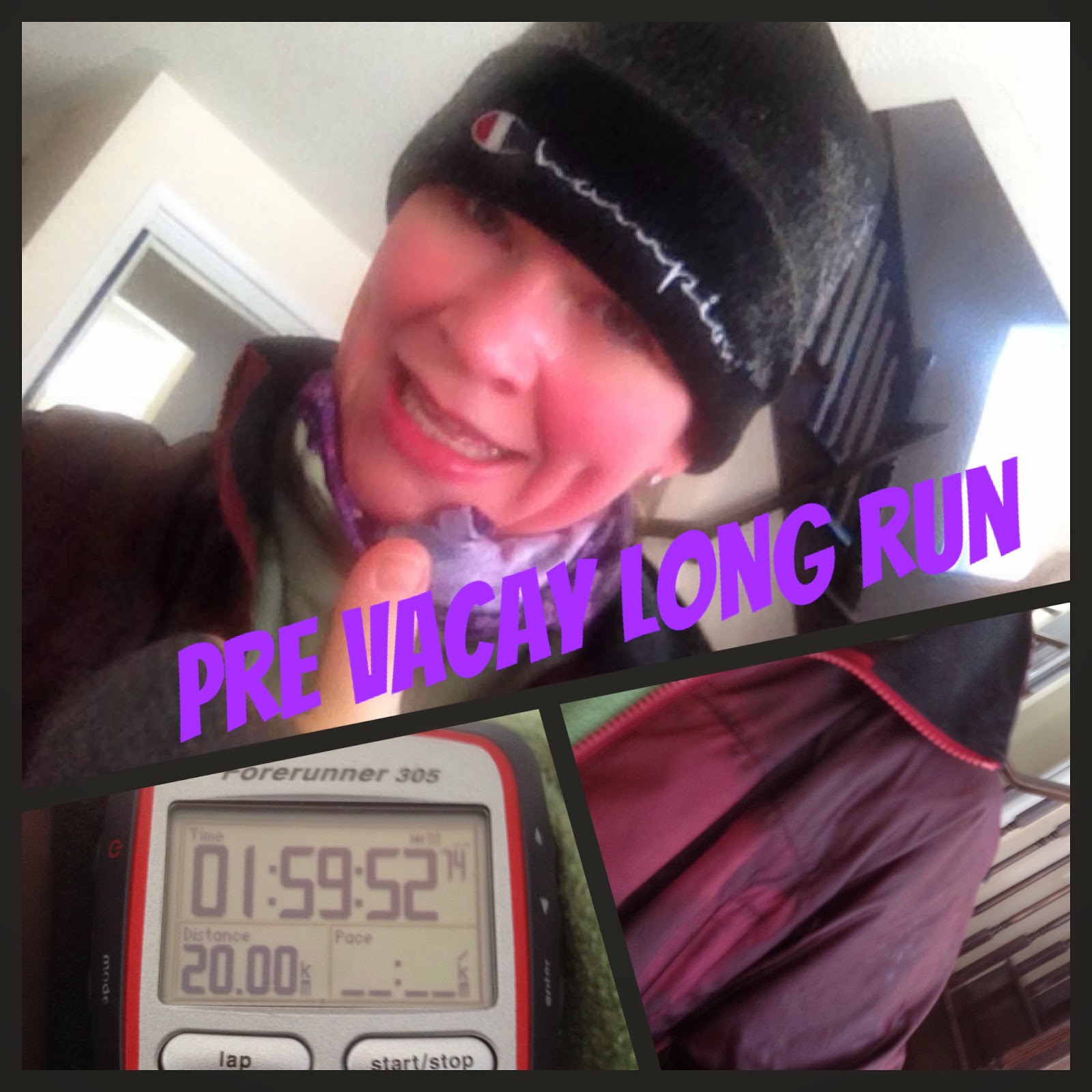 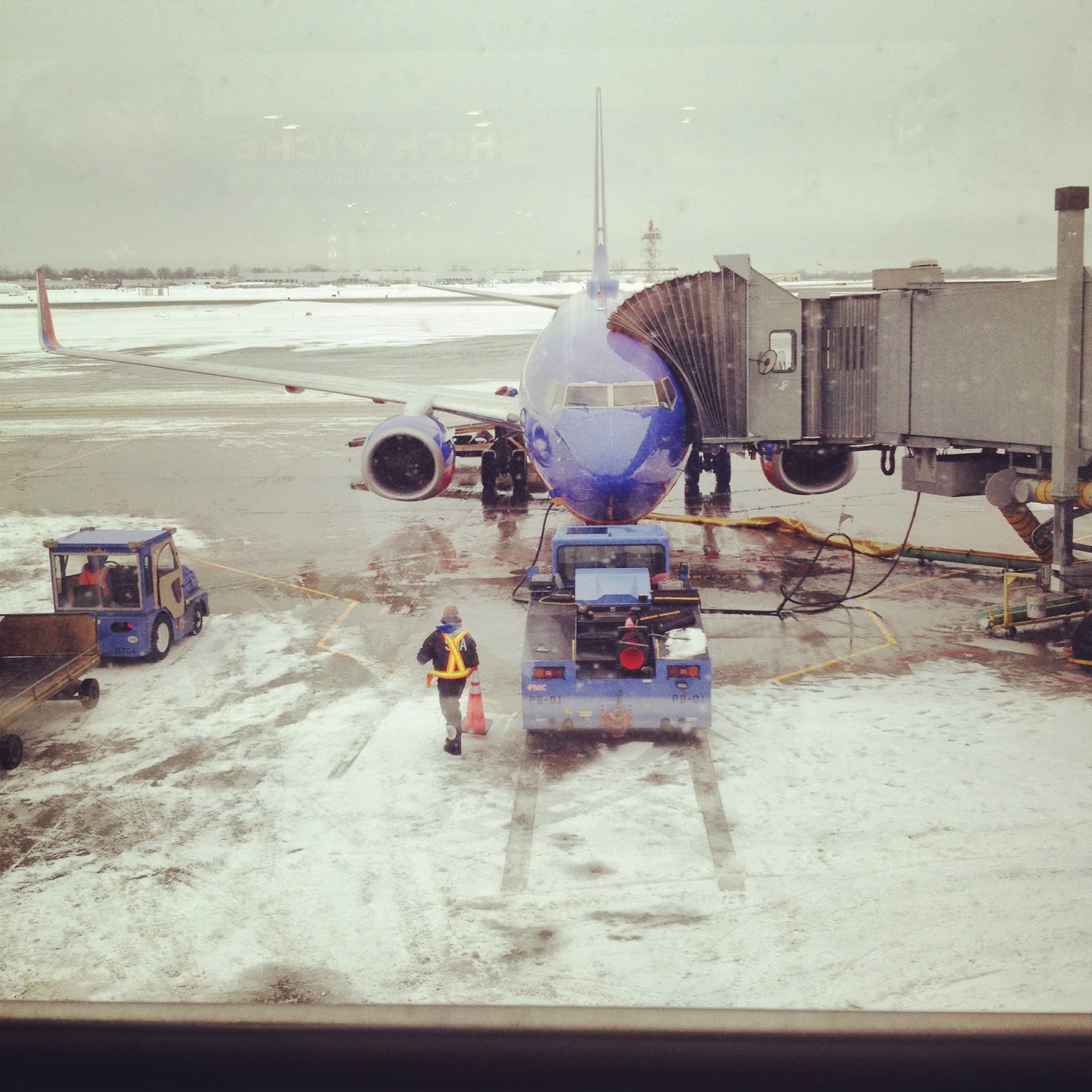 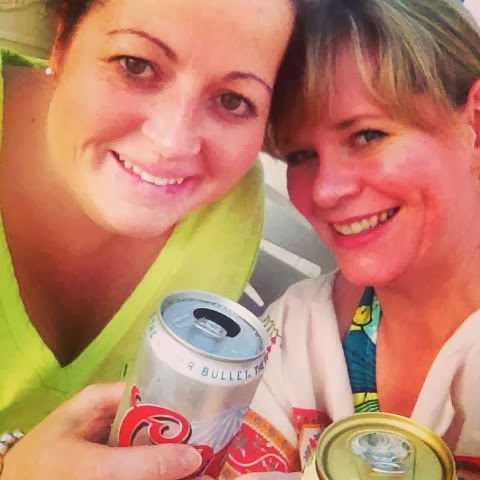 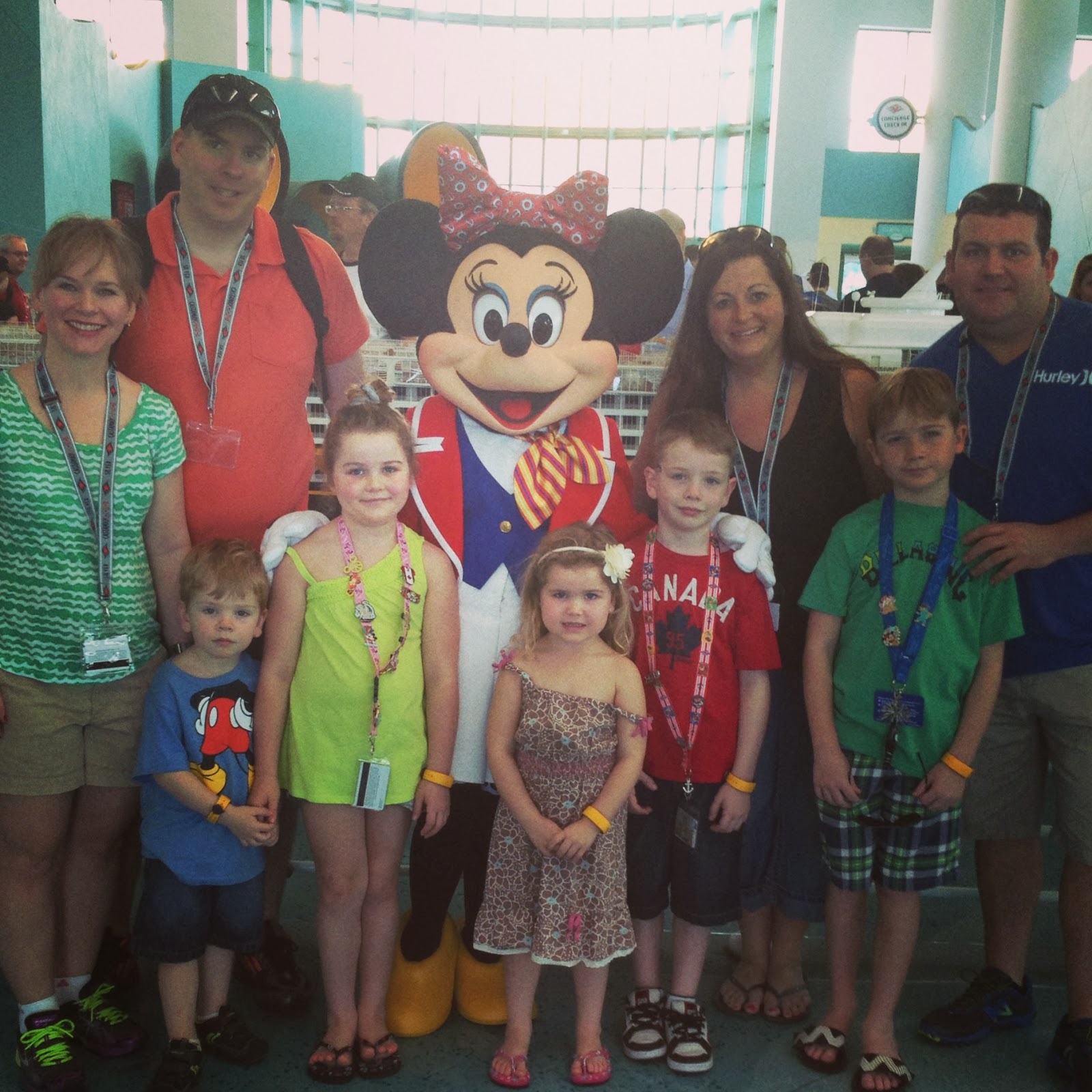 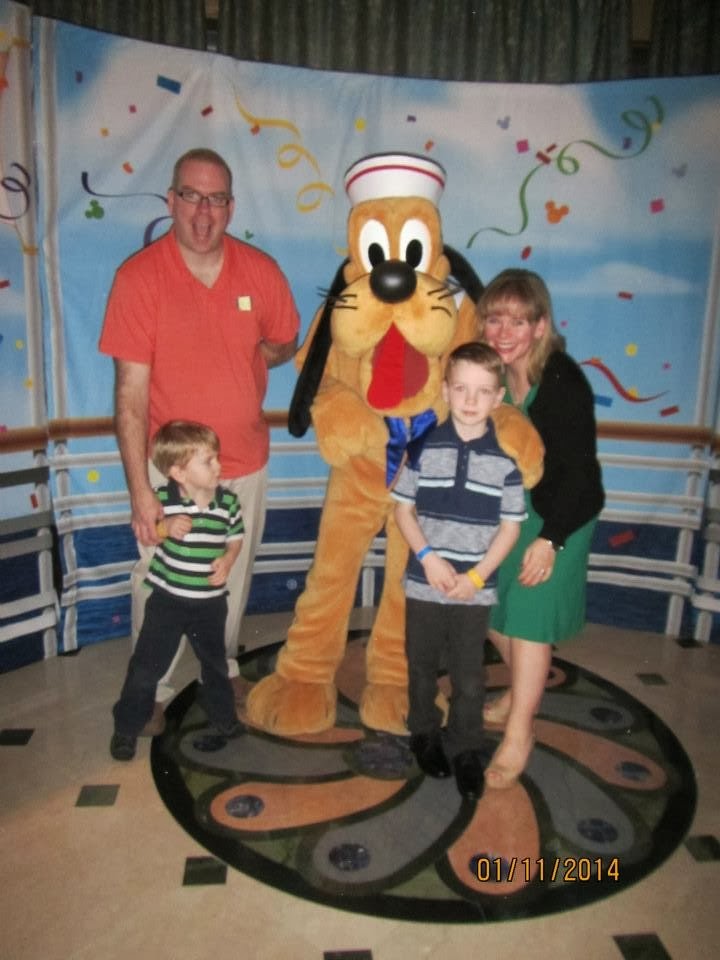 We fly to Orlando (from Buffalo), spend a night at the airport hotel, board the Disney Fantasy with our friends and begin to have an amazing vacation!

View of the running deck from our room balcony. Always get a balcony on a cruise ship. Totally worth it!

Friday January 17th: Castaway Cay 5k race! RunDisney event on their private island in the Bahamas. Ya, not a bad way to get a run in while on vacation. The run was on paved trail the entire time and was basically a double loop of the bike path. I'd recommend it to anyone who sails with Disney and has a stop on Castaway Cay. 5k, 26:15 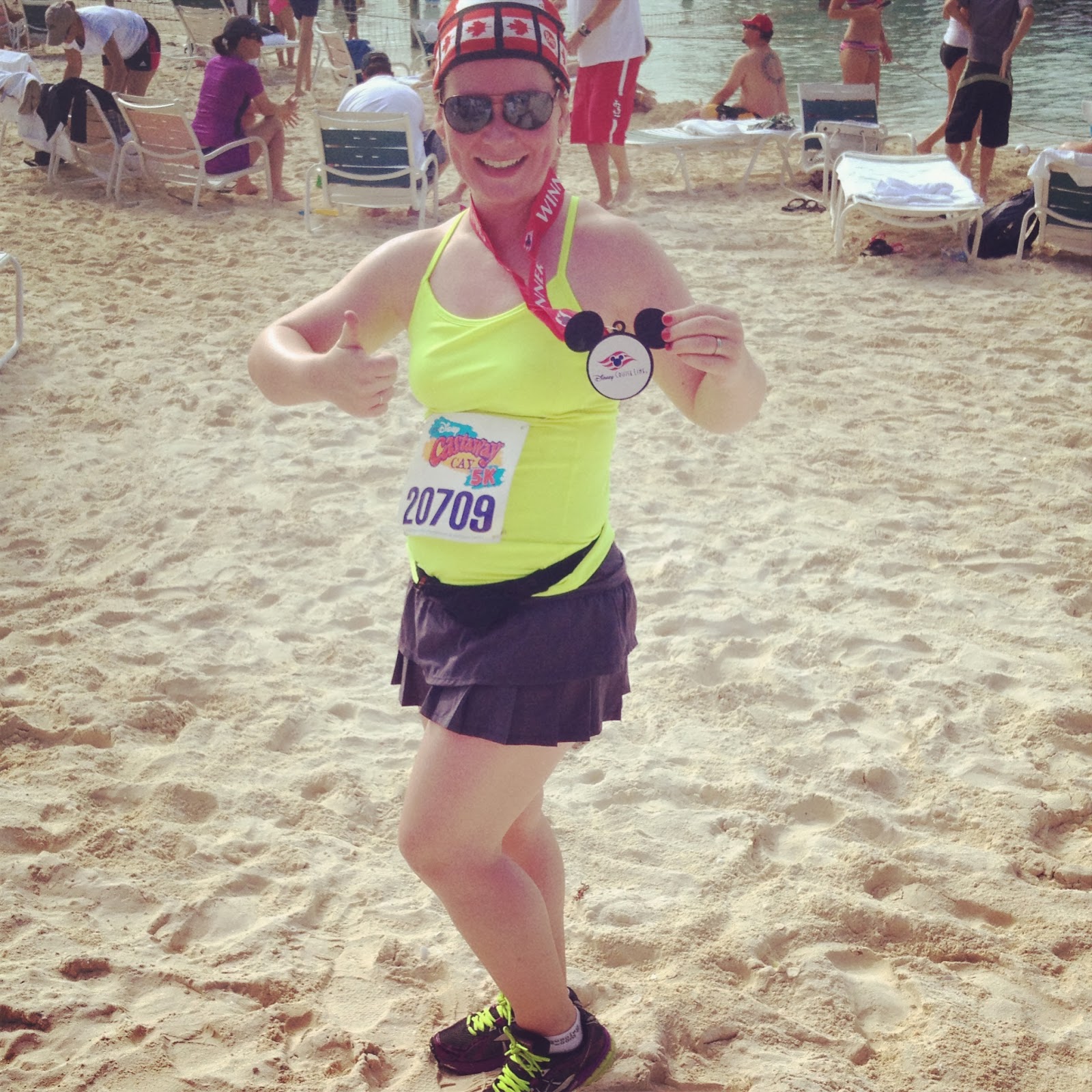 Saturday, Sunday: Disembark, fly home, do laundry. It was a wonderful trip!

So, it was a busy two weeks with not a lot of running, but totally justified! We can't wait for our next Disney Cruise!

Now that I'm past the build up weeks of my Jack Daniel's marathon training plan, I've decided to update my weekly progress because I know you all want to read about it! This will help me to keep score on the bad and good runs and also serve to keep me blogging more regularly.

Weeks 1-3 were pretty good weeks. I ran 58, 60 and 61k in each of the first three weeks. I stalled in week 4 and 5 due to snow and illness (I spent Christmas Day in bed, sick to my stomach!!!). Week six was the official start of the Running Room marathon clinic so I wanted to do my best to get back into the swing of things.

Monday December 30:
My first run in the YakTrax Run's which I got for Christmas. This was a tricky run because of the snow and ice and uncleared paths/sidewalks, but I did notice a difference with these devices on my feet. I had a few other essentials on my 10k trip around the neighbourhood and felt good to finish in an okay time of 1:01:28 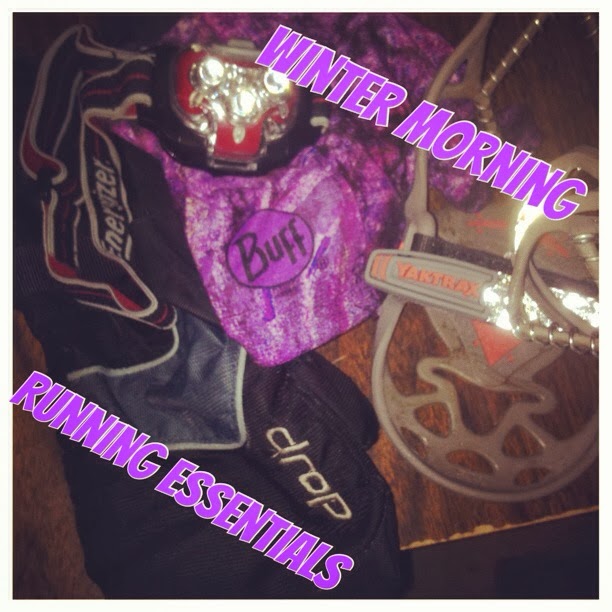 Tuesday December 31:
The weather wasn't the best, so I headed to the gym and hit my first #embracethesuck tempo run on plan. I ran 4x (4 min tempo @ 4:45/km or 7:41/mi, 3 min active rest). In total I ran 8k and this allowed me to finish the year at 2,500km total run. My time was 44:54. Then we traveled to Collingwood where Ken's brother lives with his family to take in the kid's New Year's Eve celebration at Blue Mountain resort. It was a lot of fun! 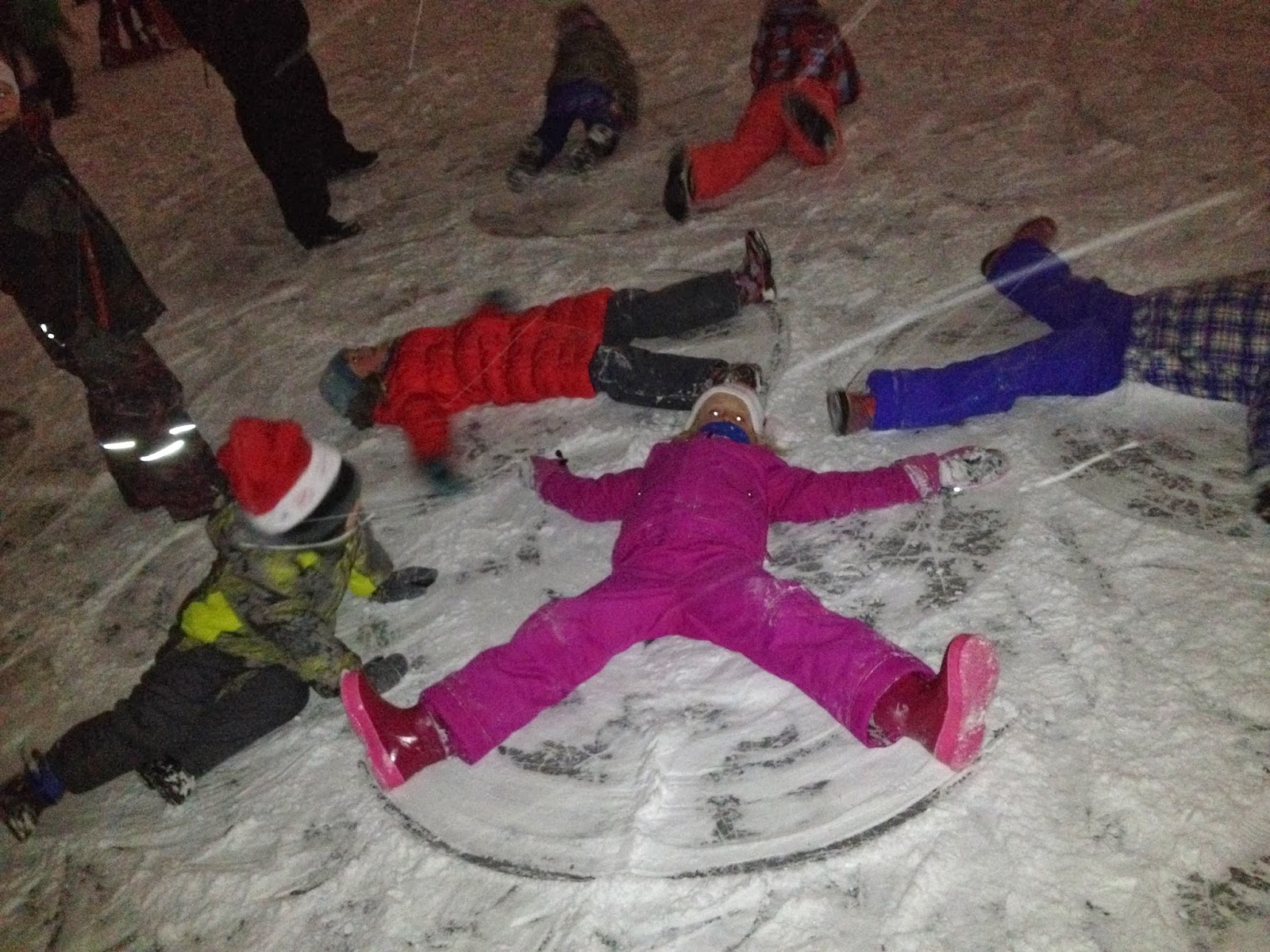 Wednesday January 1:
No running, but I did trudge up and down a very cool tobogganing hill with the kids for a few hours!

Thursday January 2:
Back at work, so I hit the gym treadmill for the first run of the day (5k) and then hit the mat for crunches, planks, and push-ups. This was the first group clinic night, so I headed right from work to the Running Room and meet up with new and old faces while we talked about our goals. The marathon and 30k Around the Bay groups are combined and we have two great leaders in Bobby and Chris. Despite the -30c weather, most of us headed out for an 8k run which brought my total to 13k on the day and 1:16:13 total time. It also resulted in a makeup malfunction! It may be cold, but I still sweat! 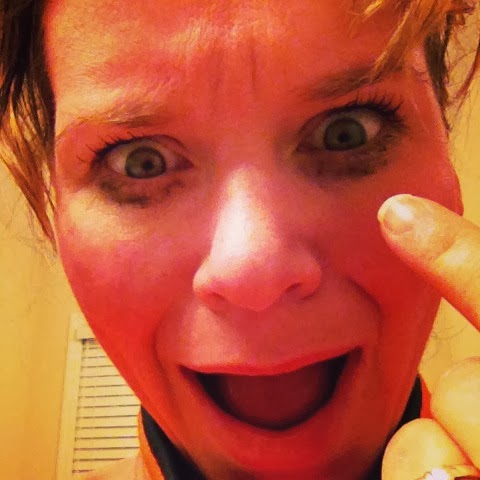 Friday January 3:
I did not want to run at all. AT. ALL. I hauled my ass to the gym at lunch anyway and got on a treadmill. Then, the sound system wasn't working so I couldn't hear my trashy TLC show (Say Yes to the Dress). Then I pulled the emergency stop! GRRR!!! However, when I started up again I noticed that the woman beside me was doing a learn to run, run/walk type program, but had bad form. I gave her some tips and told her a bit about my own journey (I used to only run through one commercial at a time!). She kept her form good from then on and I decided to run my last two KM at Half Marathon race pace (5:00/km or 8:00/mi). The run ended up being a good one after all. 8k, 0:45:33

Saturday January 4:
Patty had mentioned that she was going to run 20.14k on the first Saturday of the year and of course I was eager to join her in the fun. Sam, Phil, Emma and Elaine also joined in the run which took us out along Spruce Ave in Burlington, around a loop and back. When we got back to the park where we were parked, I was with Phil who was struggling a bit despite some quick final KMs. I was only at 18k, so I headed out along Lakeshore to complete the 20.14k. I got back to the cars before anyone else and had fun yelling silly things to them while they finished. 20.14k, 1:59:24 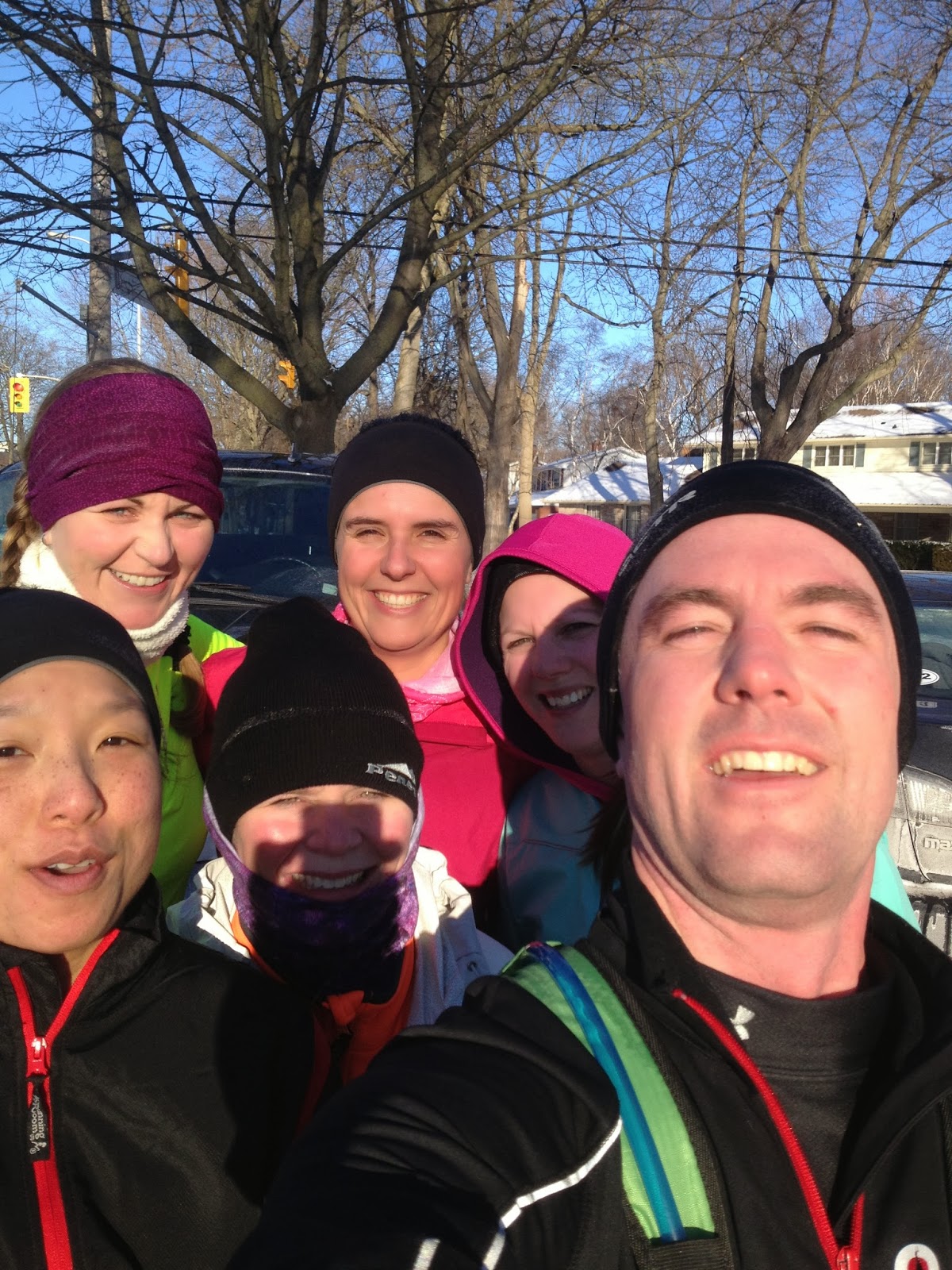 I ran a total of 59.14km (out of 68km planned) and spent 5h47m32s running. The next two weeks don't look much better for hitting my distance either. I hoping to get at least 43k in this week and 25k in next week. Why will my mileage be so low? Because on Friday morning, we are driving to Buffalo, flying to Florida and on Saturday we board this for a week!

Look for a full trip report once I'm back! Until then, stay warm and enjoy your runs/training.
Posted by macnic at 3:33 PM 5 comments: