Well, January started off right with an awesome vacation to Jamaica with my husband (and without the kids!). When I came back, I started my marathon training in earnest and enjoyed great success with getting back to a five runs a week training schedule which includes speed work and increasingly longer runs on Sunday's.

Longest Run: 16k LSD run which I completed during the lunch hour (and a half) while I worked from home on a Friday.

Highlight run of the Month: It would have to be the first clinic run in the snow: 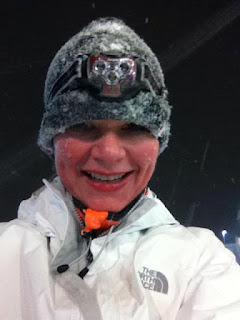 Or maybe the night I became a ninja due to the cold: 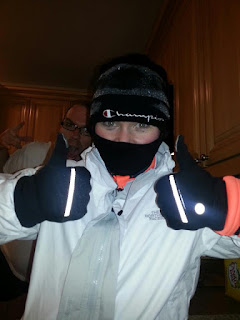 The goal for February is to keep building on distance and speed and avoid injury!
Posted by macnic at 1:38 PM