Oh week 4! A beautiful rest week with a small cutback in distance and an actual cutback in tempo! It was also a short week as we had a holiday on Monday (Family Day), so it was win, win, win all around!

Monday: 45 minute spin in my basement at the glorious time of 10am! I love statutory holidays! Then, I did AllTheLaundry and baked bread. Beauty!

Tuesday: Treadmill Tempo, but a cut back. I actual wrote to Phaedra in the training log, "OMG, I love you!" The total was supposed to be 9k, but the gym didn't open until 530a, so I cut it short to 8k. I did the 5k in the middle at about 5:03/km and it felt great!

Wednesday: Easy running - 5k in 28:50. I wanted to add in ab work but the gym is replacing the carpet and there was no space to do them in the regular "stretching" area. 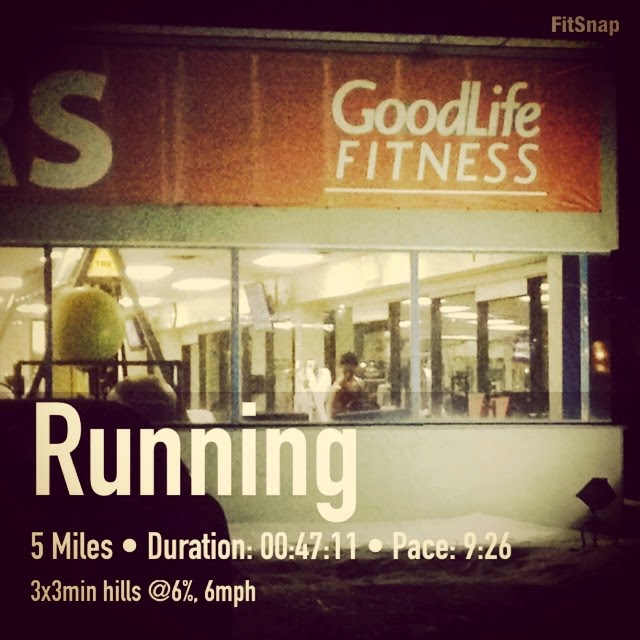 Friday: Rest day. Okay then! And my new toy came: 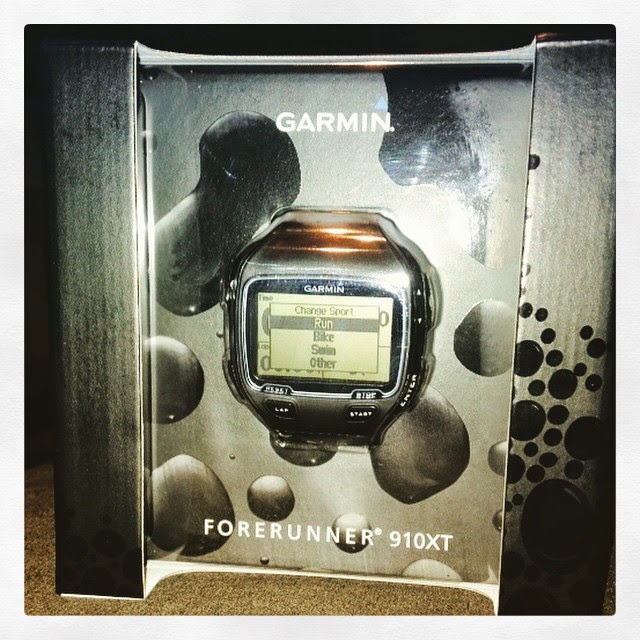 Saturday: I was supposed to run 20k with a local friend who I met on DailyMile, however I woke up with a stomach ache that didn't resolve so I called off my run with Phaedra's blessing. I started to feel a bit better and I had to go and grocery shop anyway, so I decided to hit the gym above the grocery store for an easy spin on the upright bike. I ended up riding 16k in 34 minutes and kept my heart rate under 140 beats per minute. I was happy that my stomach stayed okay throughout.

Sunday: When I cut on my run early Saturday morning, I quickly reached out to Emma who I knew was planning a 30k run for Sunday morning. She was willing to take me out for about 22k of her run and we agreed to meet up at La Salle Park as long as she didn't make me run the "butch" hill up to the park (what my phone corrected bitch to). The weather was chilly, but we were both dressed well and Emma planned a fantastic route that took us onto the multi use trail in Hamilton to avoid the cars and take advantage of clear-ish paths. Emma was supposed to target a 5:50/km pace and I'm thrilled we ended the 22k almost bang on at 2:05 and 5:48/km pace. Did I mention it was cold?

In other news, my son's rep hockey team won their first semi-final game against a tough team and not only did he score a goal, he won the "hard hat" for defensive player of the game 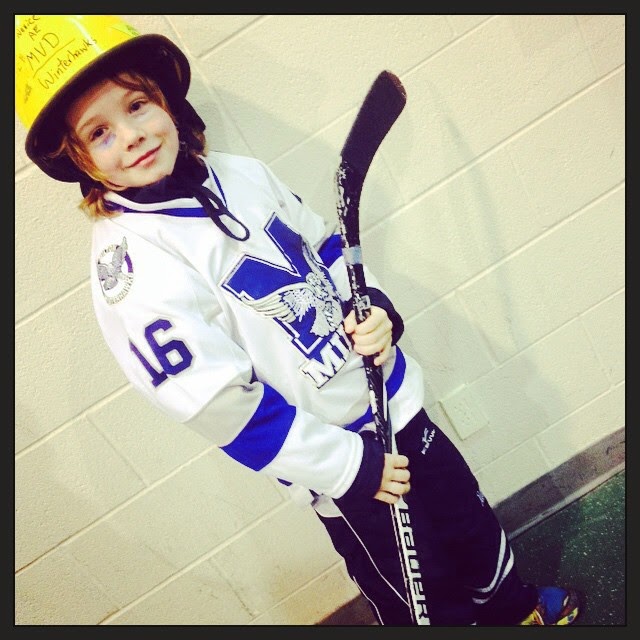 Finally, my Wishes for Olivia campaign continued its positive momentum and has reached $1,245.58 raised!!! That's almost 50% of my goal! If you haven't had a chance, click on the link and please, donate if you can!

I hope your week was just as good!

Next Sunday brings my first race of the season, and Phaedra's got a race plan that I'm ready to tackle. I'll swing back sometime this week to lay it all out. I hope you do too.