I had decided that I'd take the rest of May "off" and just run easy, not worrying about pace or training plans or anything like that. I've managed to get some quality runs in the last two weeks including a 16k run last Sunday with Julie from the full clinic (she's racing her first full marathon in Ottawa next weekend!) and 18k LSD on Friday morning on my own this week.

I've run some shorter distances at easy pace as well and am just trying to fit in running where I can without putting any strain on family life.

No, I haven't given up racing!

On June 3rd, I'll return to the Bread & Honey 5k race and attempt a PB I think. More on that later.

I've signed up for A Midsummer Night's Run 30k on August 18th and I'm also signed up for the inaugural Milton Half Marathon on September 16th.

And I really have to decide if I go ahead and attempt a fall marathon (even though I had no plans to run a second marathon this year. And I told my husband I wouldn't.).

I feel like if I'm going to train to run the 30k, what's another few weeks of early morning runs to get me to another full marathon?

I guess I'll have to see how things go. I don't have to make a decision until about mid-June either way. The marathon's I'd look at would be Hamilton or Niagara. I have zero desire to run Toronto.

In the meantime, I'm going to stick to enjoying stuff like this: 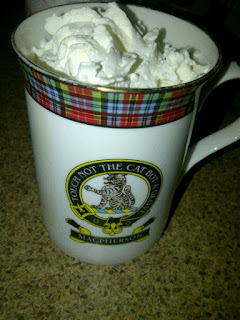 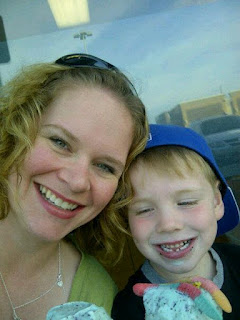 Mint Chocolate chip on a Sugar Cone!﻿
Posted by macnic at 1:01 PM