What I Ate Wednesday

Another great installment of What I ate Wednesday, featuring the food I ate on Tuesday, August 28th, 2012 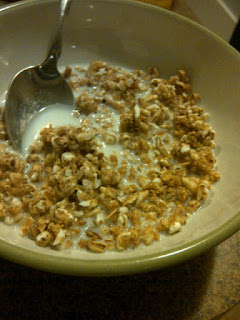 Kashi Go Lean Crunch with 2% milk started my day. I had a coffee in my Contigo mug once I got to work. 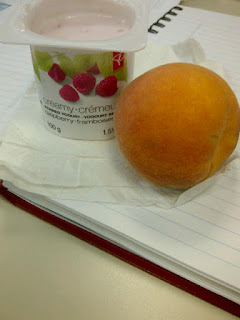 Around 10am I had this snack which features one of my summer staples - a peach. I then went to the gym for a quick 5k run at half marathon race pace (my 2012 goal half marathon is a mere 17 days away!) 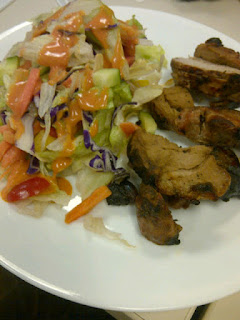 Lunch at my desk was leftovers from Sunday! Iceberg salad (from a bag with some cucumbers and tomatoes) topped with French dressing and BBQ'd pork tenderloin with apple-butter BBQ sauce. 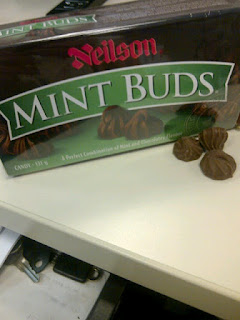 My husband had to work a tiny bit late and Alasdair and I had to go to the eye doctor at 7:30, so we had frozen pizza for dinner (Canadian and Chicken with Veg) 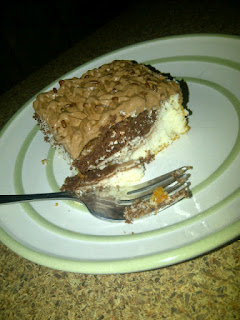 I got home from the eye doc and Fergus was still up. After I rocked him to sleep, I indulged in the Deep and Delicious that was in our fridge.

And that is my day in eats. Pretty standard around these parts!
Posted by macnic at 8:43 AM

Email ThisBlogThis!Share to TwitterShare to FacebookShare to Pinterest
Labels: WIAW